Celtic Shamans by another name?

The fact of the matter is, like most indigenous people, the various Celtic cultures had/have a variety of names for this role and the various kinds of expressions it may take. In the same way that Native Americans do not use the term “shaman” (a Tungus Siberian term) and have their own indigenous nomenclature for various shamanic-like individuals, so too do the Celtic cultures.

This is one important thing to note. The other is that there really is no such thing as a unified Druidic or Celtic shamanic tradition–despite many of the modern expressions of this. The Druid traditions and the Celtic shamanic expressions of the traditions can really be likened to the medicine ways of the First Nations (Native Americans). The medicine traditions share certain commonalities, but there are vast differences as well. 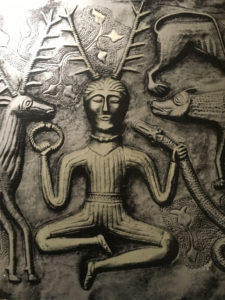 The Scots Gaelic and Irish word for druid is draoi (pronounced dree). Similarly in the Scottish context we have: fiosaiche (fios’sher, one who knows–a kind of visionary who sometimes has access to knowledge either precognitively or retrocognitively), taibhsear (tai,sher,”one who is spectre haunted”, or vision-seer, a person who is able to see disincarnate spirits, as well as the riocht, or spirit fetch, of a person–this individual is often what is being referred to by the notion of an da shealladh, or the two sights, but truly the notion of Second Sight applies to different kinds of seers), bruadaraiche (broo-a-tara-sher, one who dreams, which not only refers to someone who receives verifiable and functional information within the dreamtime, but also someone who is so profoundly attuned to the dream that they are able to ascertain various things from the living dream even within what we would call waking reality).

Undoubtedly, the terms draoi and ban-draoi are umbrella terms. A ban-draoi can be a midwife, a counselor, an herbalist, a mediator/judge role, a diviner, a visionary guide, a bonesetter, or a healer-shaman-type individual. The same is, of course, true of the draoi.

My own opinion (and this is just my opinion based on research) is that authentic druidism survived much longer in the Gaelic lands than in, say, Gaul or Wales–where most of the current speculation and neo-Druid reconstructionism takes its inspiration via England.

Unlike the Gaulish and Welsh systems–which seem to have been largely organized in a kind of college arrangement and suffered direct attacks from the Romans at a very early stage, a good bit of the druidic and shamanic stream in the Gaelic context was maintained within a more clan-based, family-based framework–where particular people would have played certain roles that fell within the clan.

This is not to say that there were not centers of druidic training in the Gaelic world, which has clearly been established as a fact by such individuals as Isle of Skye seannachie (historian and traditional storyteller), George MacPherson, whose excellent articles for the Dalriada Celtic Heritage Trust have served to catalogue certain islands in the Outer and Inner Hebrides as druidic training centers, including North Uist, Skye, and, of course, Iona (known originally as Isla nan Druideach, Isle of the Druids).

So, certainly, there were centers of learning, but I think one of the fresh things about the particular expression of Druidism and/or the shamanistic features within the Gaelic context is this clan-based expression. There were certain families and clans, such as Geo’s Lamonts, who maintained certain threads of the traditions, while my MacEwens–for instance–were traditionally filidh (vision-poets) and taibhsear (seers) to a number of clans, including the MacDougalls and the Campbells.

But, in regards to names, the terms shaman, shamanism, and now ‘shamanist’ serve as a kind of universal nomenclature so that people from a variety of backgrounds and cultures can have a common yardstick for understanding what we’re talking about. I think it is of great assistance, however, to learn the particular indigenous terms for some of these different roles and the ones mentioned above hardly scratch the surface in terms of the Gaelic context (brehon, bardagh, filidh, etc.).

One of my central qualms about a good portion of what I see presented as “traditional” “authentic” and “advanced” Celtic shamanism these days (present company not included) is the mixing and matching, grafting and splicing together of various strands of the various Celtic traditions as if they are all the same or were somehow identical in the history of the traditions; as if Scots–for instance–used Welsh words such as Ceugant, Abred, or as if Bretons had the same exact gods and goddesses as the Irish. This is not any different, really than if a person mixed and matched Cherokee spirits with Navajo ceremonies with Lakota vocabulary and topped it off with the Haudenosaunee (Iroquois) teachings of the seasonal wheel of life. It diminishes the cultural distinction and skims over the diversity and variety that exists–plainly and holistically–within each of the traditions, and, I think, does a bit of disservice to the inherent interweave of what once was an intact pathway of initiation and practice.

I’m all for comparison and contrast–I often have been inspired, for instance, who Tibetan traditions and Scottish traditions share some elements, or how some of the Shambhala teachings or Sufi teachings seem to embody the essence of what I feel to be the energetic signature of the authentic presence of druidism/Celtic mysticism. However, I also think it is important to honor the inherent nature of the traditions as they were as well. 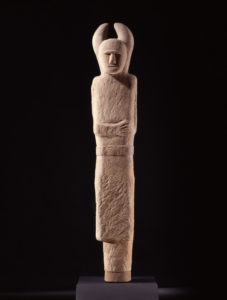 In the same way that the North American tribes I mentioned are, in effect, considered “Native American” (I prefer the term “First Nations”), they each have their own distinctive traditions–that may share certain overall features in one way or another, but that are also inherently whole as systems of ritual and cosmology. Similarly, Scots and Irish and Breton and Cornish, etc. are all “Celtic”, so to speak, but I think it is a vast misunderstanding of the various Celtic cultures to homogenize each of them into a kind of melting pot spirituality, or a kind of pan-Celtic facelift. It is largely one of the reasons, as an example, that I do not feel that Wicca–per se–is Celtic since Wicca actually pulls from Roman, Italian, Germanic, Celtic, and Anglo-Saxon paganism.

With all of that said, I think your question about the very specific and/or the various unique terms that are used in reference to the various qualitatively shamanistic roles in the different Celtic cultures is to be applauded. I have even wondered if there isn’t some functionality in espousing new terminology or vocabulary to express the inherent reality of what shamanic practice looks like today, such as the terms turasaiche (one who journeys) or simply eolai (which merely translates as “guide”, which I use).

In the end, however, we live in a world where common language is being used, and for this reason the term shaman will probably always play an important function in interfaith, cross-tradition dialogue.

To the Old Draoi and Ban-Draoi Who Are Returning Again,
To the Old Taibhsear and Fiosaiche Who Are Seeing Again,
To the Midwives, Keening Women, and Poets Who Birth Us, Bury Us and Inspire Us,
To the People Who Journey and Those Who Guide,